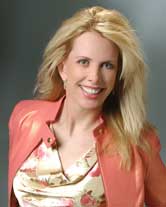 Twist received her bachelor and law degrees from Stanford University, completing her undergraduate studies in two years. Success as a plaintiff’s trial lawyer enabled her to retire in her early thirties. Since then, Twist has been a world traveler and endurance athlete. During the past decade she has competed in Ironman triathlons, team-roped in the American West, rock-climbed in the Canadian Arctic, paddled outrigger canoe in Australia, and bicycled from the Pacific to the Atlantic Coast in less than four weeks. A different sport figures into each of Twist's legal-themed mysteries, which are set in the fictitious Arizona town of Pinnacle Peak.

“A Stab in the Heart” in Ellery Queen’s Mystery Magazine (February, 2009)

“Talk to Me” in American Crime Writer’s League presents America Past, America Present (2009)