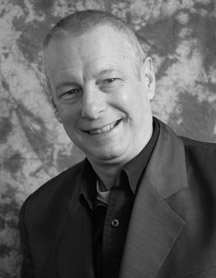 “Redfern’s  characters and sense of place are wonderful. An auspicious debut.”

These words from Margaret Cannon of the Globe and Mail sum up Jon Redfern’s particularly  elegant and detailed style of writing crime fiction. His specialty, as he says, “is decor and landscape,” and his reviews consistently laud his eye for creating superb backgrounds and a variety of well-rounded characters. Jon Redfern came late to the genre of crime writing. After receiving a Ph.D from the University of Toronto, Jon spent a number of years as a free-lance journalist writing reviews and articles for The Globe and Mail, The Toronto Star, Books in Canada and the academic  journal, Canadian Theatre Review.  Jon  also worked as a speech and presentation consultant for the Ontario Science Centre and taught literature and drama at York University and the University of Toronto. For 29 years he was a professor of English at Centennial College, Toronto. During this time he started writing fiction, short stories at first, many published in literary magazines  across Canada. His short story, “Love Can Crown a Man,” was included in a thirty-year retrospective of the best  stories of the Wascana Review, Saskatchewan.

In 2001, Jon's first crime novel, The Boy Must Die, published by ECW Press, won the Arthur Ellis Award for Best First Novel, presented in 2002. The story was based on a true crime involving teenage suicide clubs and the discovery of priceless ancient masks on a ranch in southern Alberta. Critics praised the writing, the use of the western landscape setting and the multi-faceted characterization of the detective, a half-Scottish, half-Japanese man whose father had been incarcerated in a work camp in Alberta during the evacuation of the Japanese from the BC coast in 1942. In 2008, Jon’s second crime novel, an historical mystery set in London of 1841, Trumpets Sound No More, published by RendezVous Crime, won the top prize of Best Novel for 2007 at the Arthur Ellis Award banquet held in Toronto.

Both of Jon’s crime novels have received critical acclaim. Margaret Cannon of The Globe and Mail called Trumpets Sound No More , “delightful ” with a story written “in lavish descriptions of life in Victorian London.”

In 2001-2002, Jon was vice president of the Toronto/GTA/southern ON chapter of Crime Writers of Canada, an organization he feels is truly supportive of both new and established writers. In 2002, Jon chaired the jury for the CWC's short story contest, The Golden Horseshoe Mystery Story, and with a panel of four, read and selected winners from over 100 entries.

Jon now writes full time and is working on a new mystery novel.